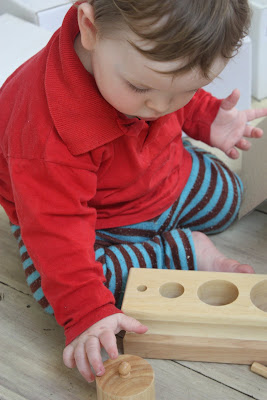 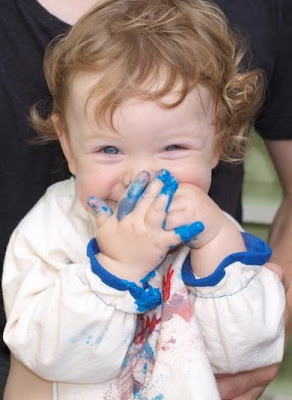 Where did this year go? Of course, it feels like Finlay has been lighting up our lives forever, but it also seems like yesterday that I was hauling my huge belly around and wondering when we would get to meet our new baby.
To celebrate turning one, Finlay chose this week to really take off with his walking. He had been taking steps for the past few weeks, but now he has decided that walking is almost as efficient as crawling, and is a pretty good way of getting from a to b. I can already see the huge change that this is having on his perception of the world, and his place in it. He walks around beaming and with an expression on his face that says, "Look at me, I can do what you're doing!", babbling to everybody he meets on his travels. He also seems remarkably solid on his feet, and I wonder if this is the result of many months of standing, testing and balancing which he has done without any assistance from us.
I have been thrilled to observe that dancing seems to have come as naturally as walking. Fin always bopped along to music when he was sitting, but I love the way he is really responding to the music with his whole body now. Gives daddy a good incentive to practice his trumpet at home! (I think Brent might be a little embarrassed that I'm posting a video of him practicing, but this video was too good not to share! Sorry, my love :) ) :
My new-(Fin)-year resolution is to find more time to write this blog and to really follow Fin's development in a more detailed way. There has already been so much to write about that has passed me by, and I hope to catch more of those moments in the coming year. Perhaps I'll even find time to look back and fill in some gaps?! Here's hoping.
Here are some lovely moments from Fin's 1st birthday party...
(Thank you to my gorgeous friend, Sam, for taking these photos while I was busy trying to keep the paint brush out of Fin's mouth...) 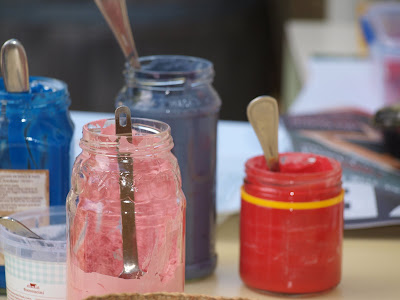 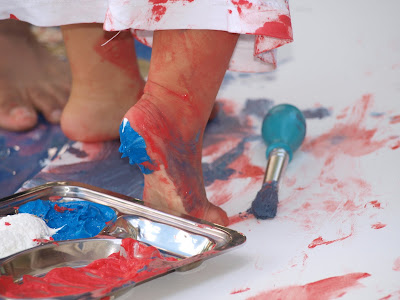 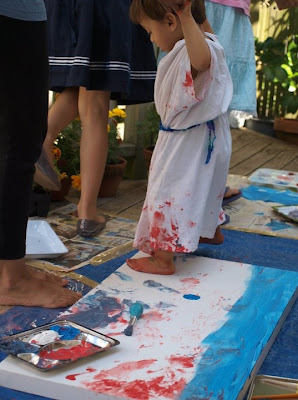 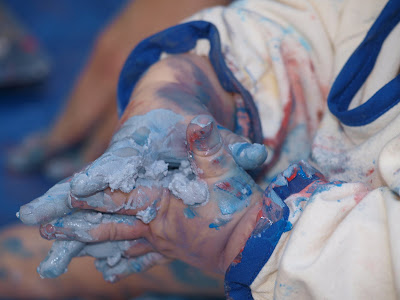 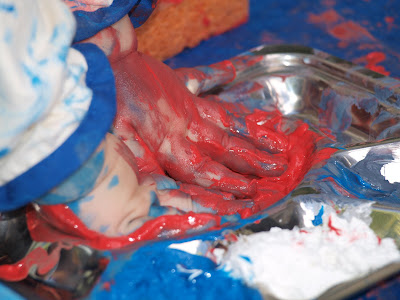 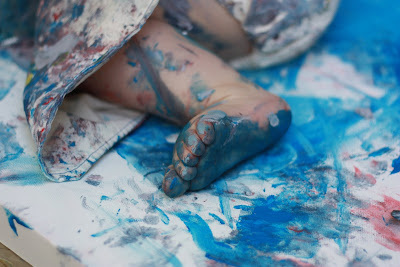 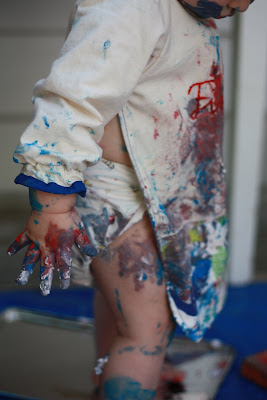 Remember that art smock I made a few weeks ago?... Here it is now! 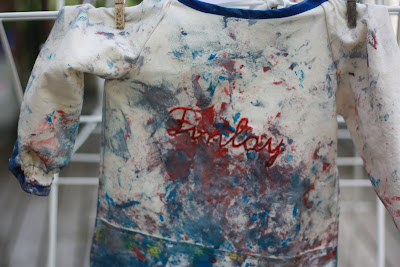